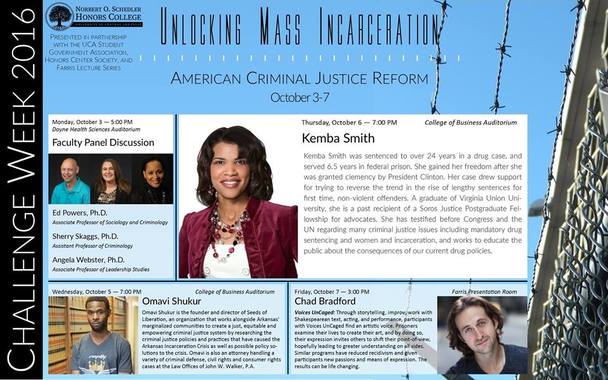 AST actor and director, Chad Bradford, will be giving a lecture on October 7th on the University of Central Arkansas's campus as part of the "Unlock Mass Incarceration - American Criminal Justice Reform" series hosted by the UCA Schedler Honors College. Chad's lecture will focus on the impact of his project "Voices UnCaged" and his work with inmates at Groveland Correctional Facility in Western New York.

"Prisoners examine their lives to create their art, and by doing so, their expression invites others to shift their point-of-view, hopefully leading to greater understanding on all sides."